I took my health for granted in the past, smoking and leading a lifestyle without regular exercise. Receiving a serious health scare in 2011 was the turning point for me – I quit smoking immediately, and decided to focus on strengthening my body through exercise and regular gym work.

I had been an amateur climber since 2008, and soon after my decision to stop smoking, I took up mountaineering more seriously. Through months of training and exercise, I summited my first 6000m peak in India in 2013, and decided thereafter to seriously consider climbing Mount Everest as a personal life goal.

I joined Fitness First way back in 2006 (and am proud to say I am probably one of its pioneer batches of members). Fitness First was close to my office, convenient, and was also one of the first gyms to provide attire for its clients. This was and continues to be a great draw for me, alongside the modern and spacious gyms, staffed by friendly folks.

In my mid-thirties, un-athletic and unfit, my involvement with personal training at FF as well as independent training outside the gym helped me gain both physical and mental strength and tenacity. I helped me to take positive steps to realise my childhood dream of standing on the summit of Everest.

Ramp, my personal trainer since 2015, has been instrumental in the attainment of my Everest dream. His routines were always hard and pushed me to my limits and more. He is also a great motivator and constantly encouraged me to up my game and never quit. This was so very important on Everest where there were a hundred reasons to quit and just one to go on. I chose the latter.

In 2018, I managed to summit Mount Manaslu (8th highest mountain in the world) and was the first Singaporean to do so.

And on 23 May 2019, I become the oldest Singaporean to stand on the summit of Everest. I finally reached my life goal after almost 7 years of consistent training both in Singapore and overseas.

Age, my full time work, and my responsibilities as a husband and father, did not deter me – but further fuelled my belief in myself instead. Since 2013, I have climbed numerous peaks all over the world and with the constant training in FF, especially under the guidance of Ramp, it gave me the confidence to know that I was on the right track for the big climb in 2019. Fitness First played a big part in my achievement as I trained there regularly during the week days when I had to work.

Having summited Everest, I intend to continue climbing even more challenging peaks such as K2. There are several 8000m that Singaporeans have yet to summit and I hope to plant our flag on some of these peaks.

Through this achievement, I have shown that anyone, regardless of age, can achieve their aspirations if they are prepared to commit time energy and effort. Through my pursuits, I have become fitter over the years and have become a role model for my younger colleagues and friends. Ultimately, my success on Everest is testament that even ordinary people can have and, more importantly, can realise their dreams. 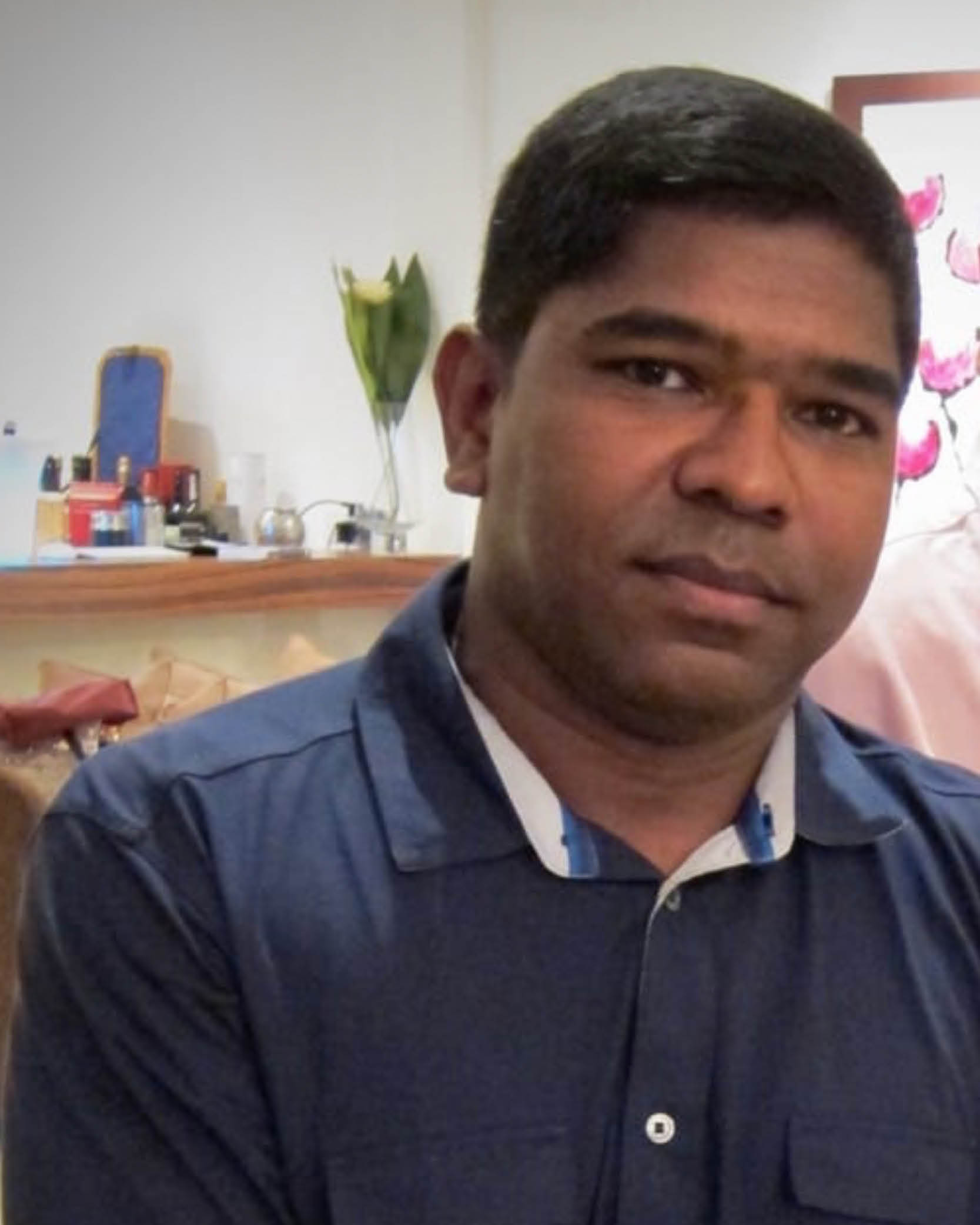 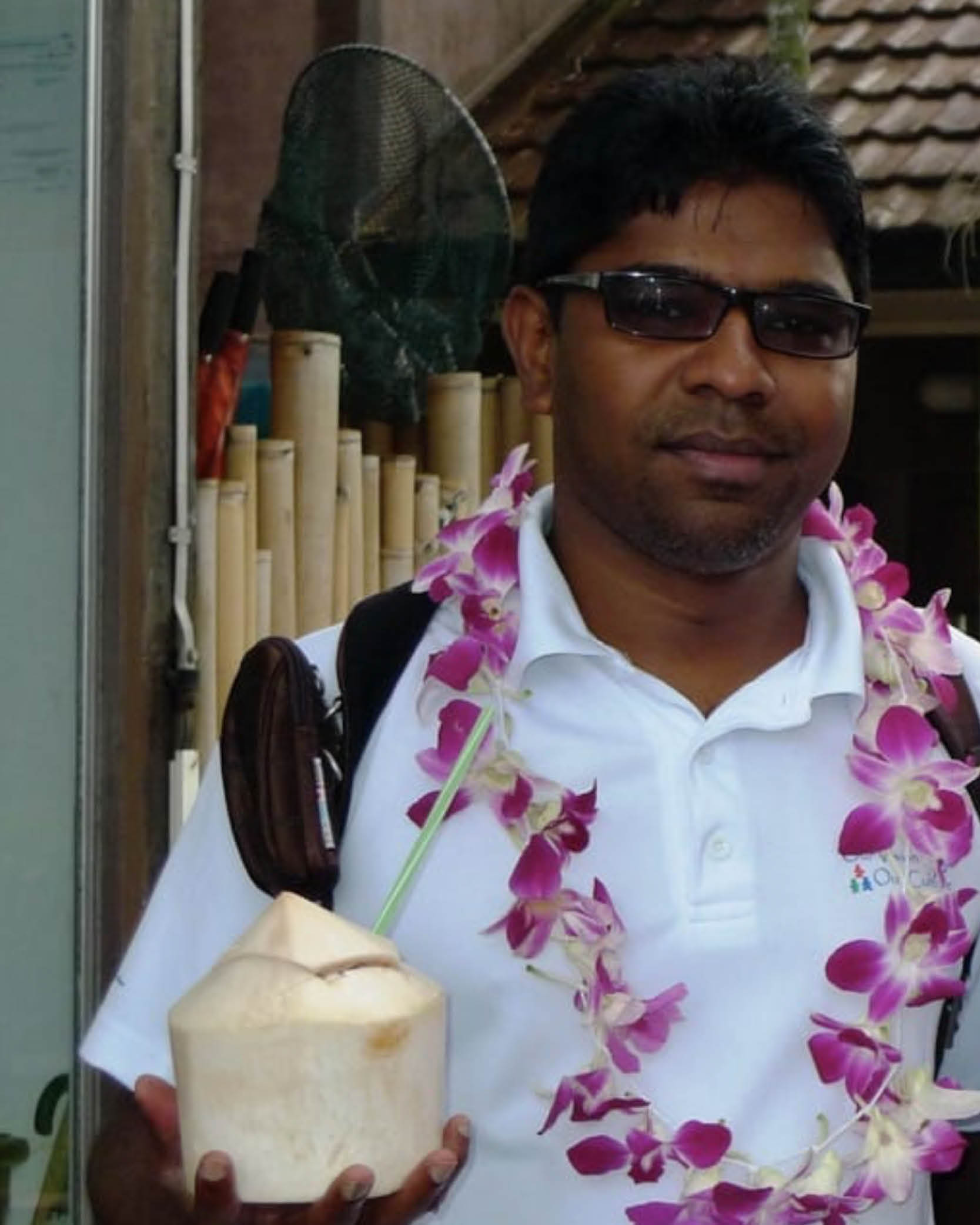 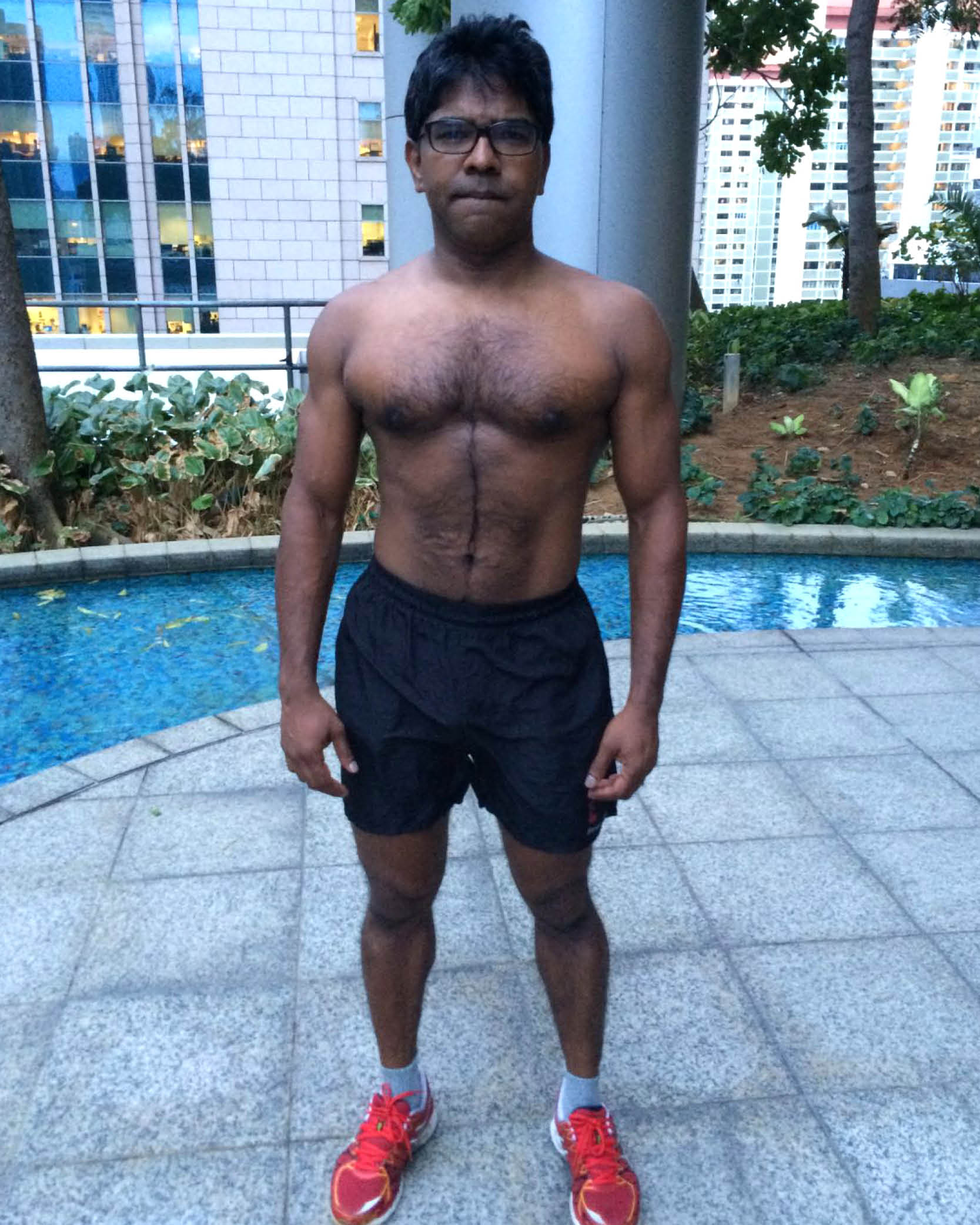 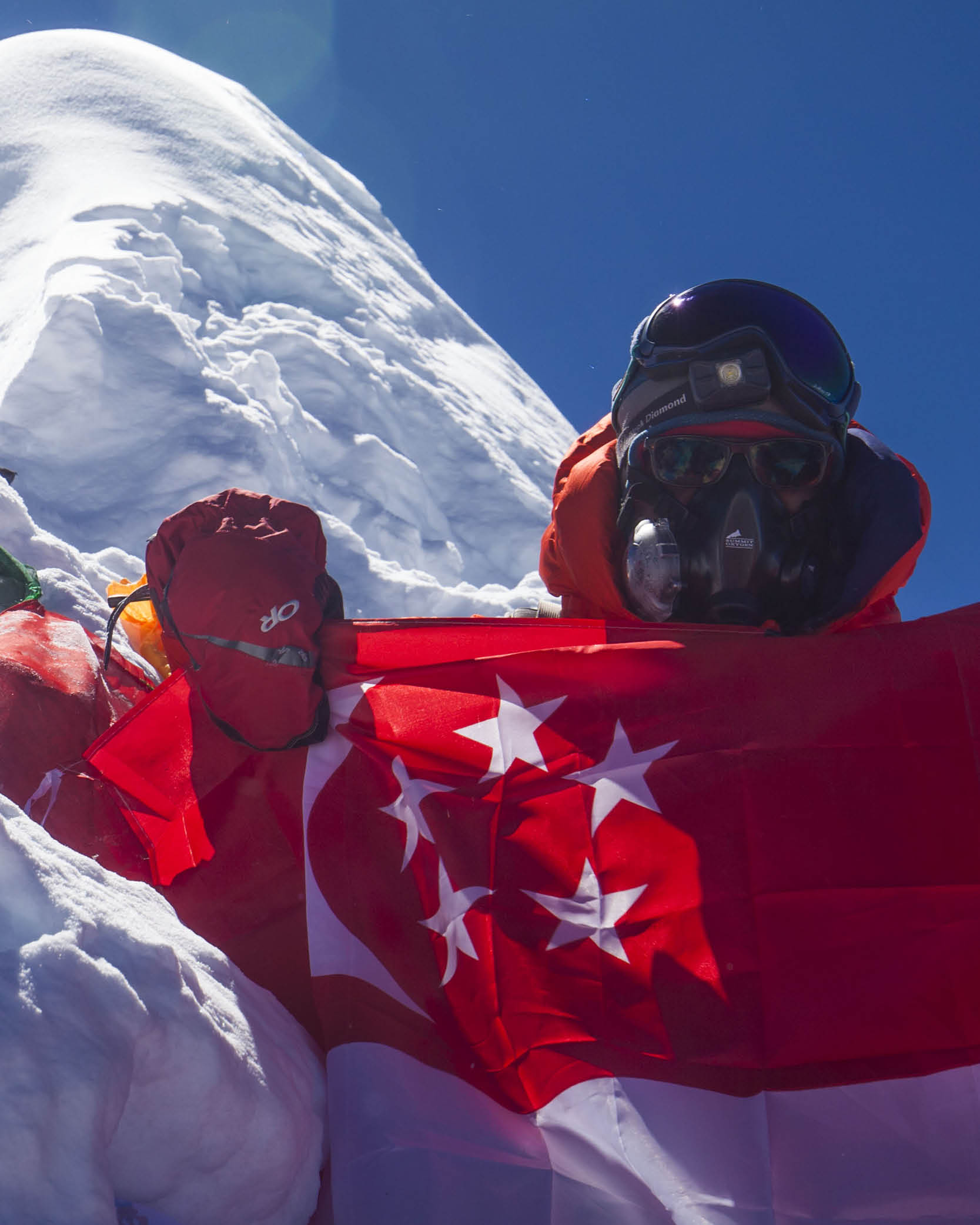 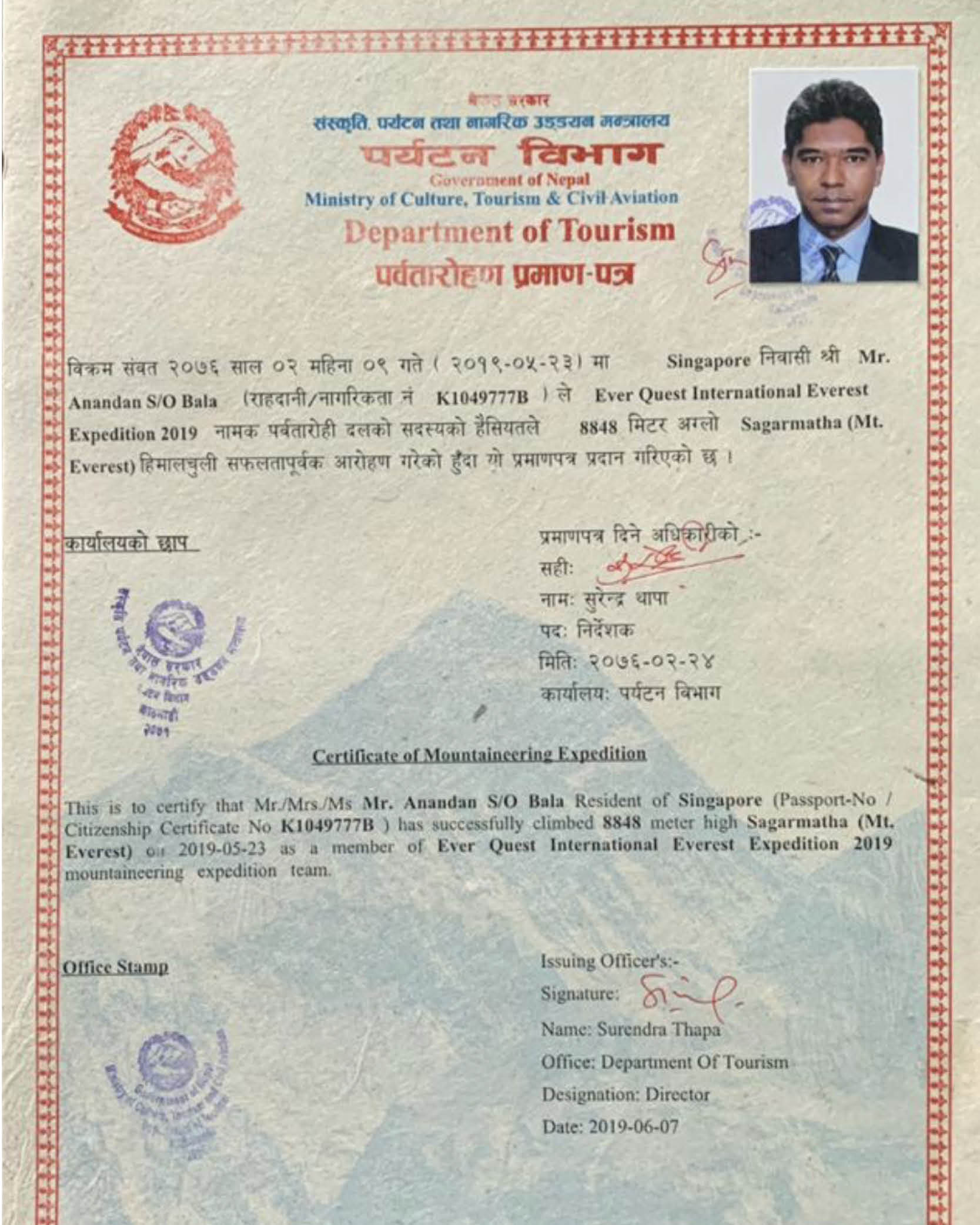 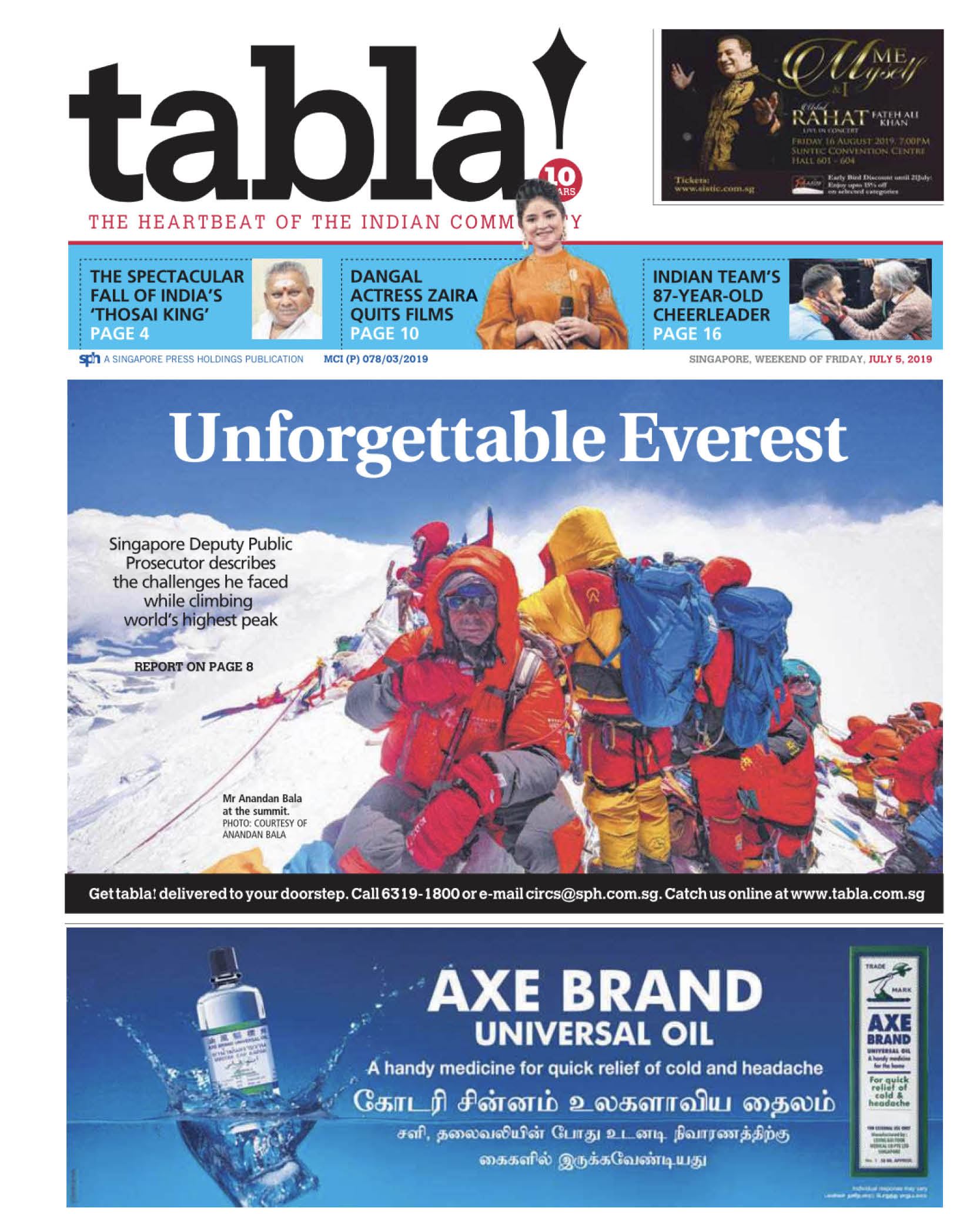 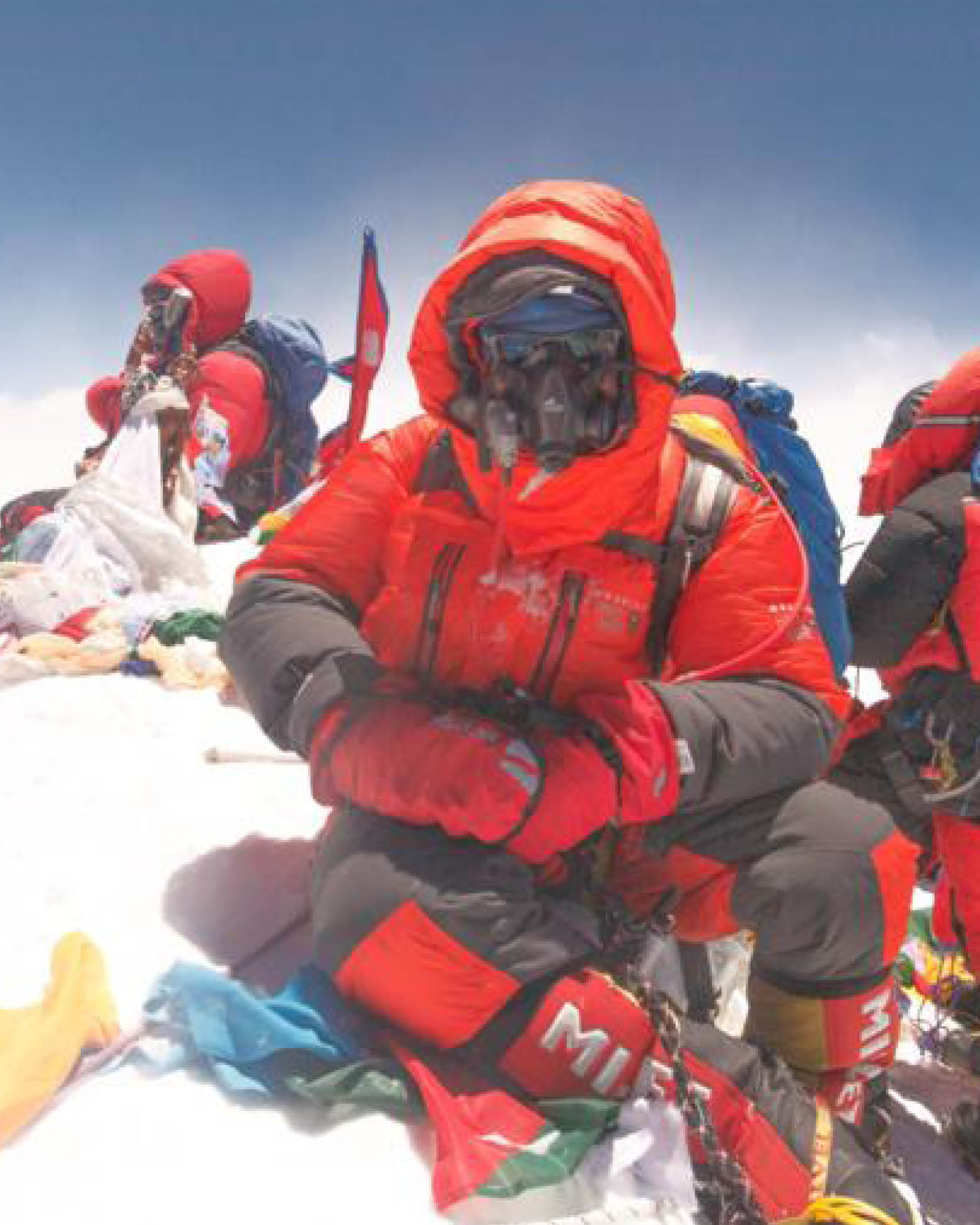 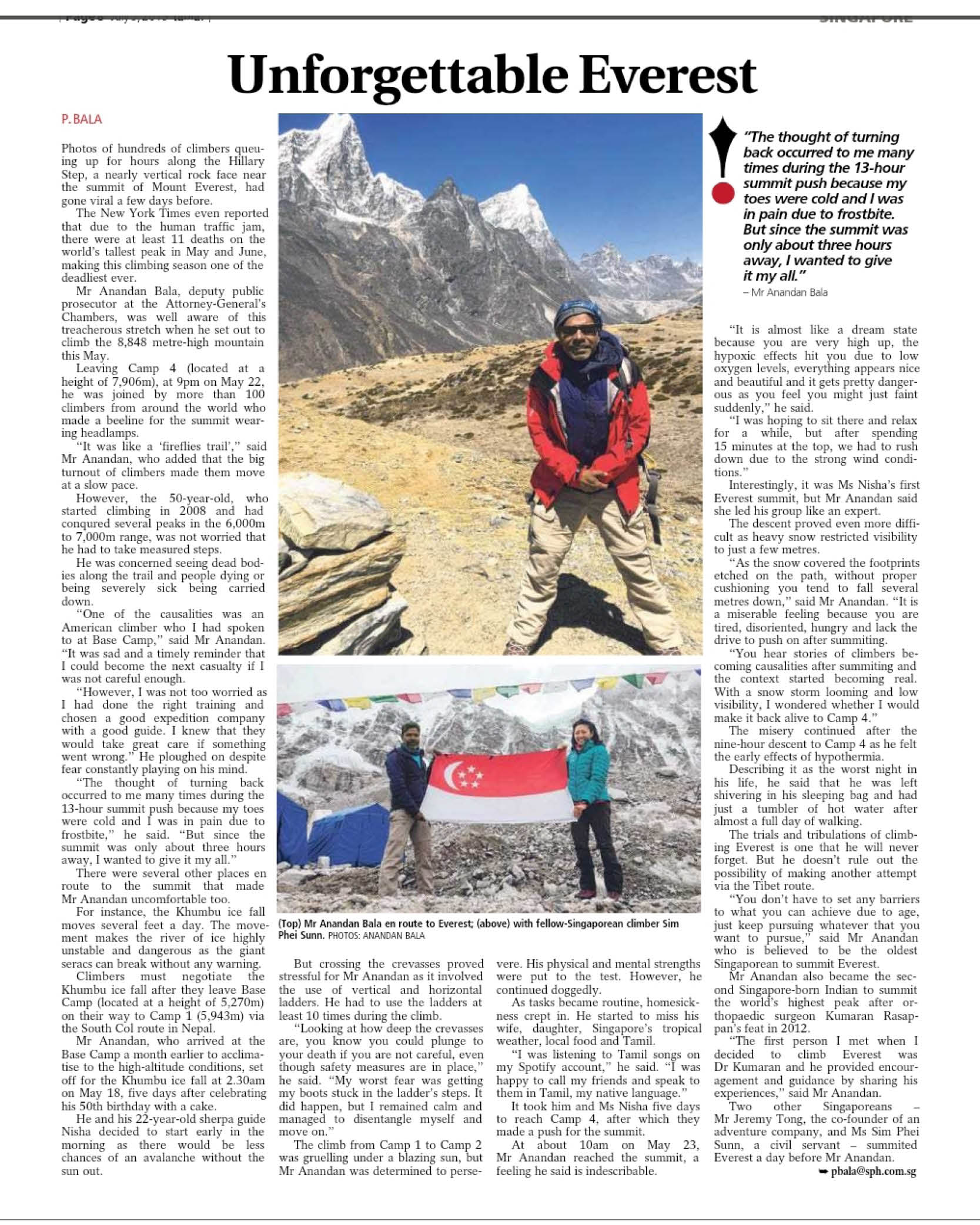